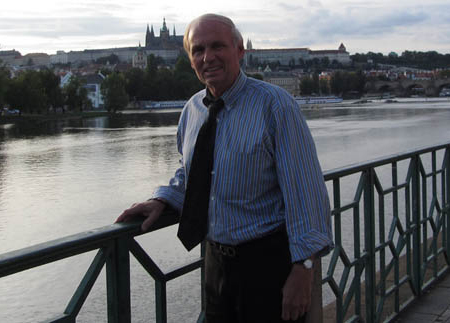 Attorney And Counselor At Law. Board Certified in Commercial Real Estate in Texas. Licensed in the State of Texas and Czech Republic

has provided both individuals and businesses with legal, tax, and business advice since 1979.

Robert P. Braubach receives Belgian Service Award 2013 - The Government of Belgium awarded by Royal Decree the “Chevalier De L’Ordre De Leopold” to Bob Braubach in May 2013. Braubach was awarded the knighthood for his service as Honorary Consul for the Government of Belgium, ret., and appreciation of his many trips to Brussels to promote culture, sports, trade and investment between Belgium and Texas. An example of his efforts to connect local companies to Belgium included assisting a San Antonio based company, Clear Channel Communications, with its entry into Belgium. He also assisted prominent Belgian investors to purchase downtown office buildings in San Antonio. Braubach has promoted sports between San Antonio and Belgium with leading Belgium tennis players like Kim Clijsters.

Appointed by Namibian President Pohamba to be Honorary Consul for Republic of Namibia for South Texas on November 27, 2013